Ukrainian daredevil, as world’s media name him, originates from Kiev, Ukraine. Mustang Wanted is considered one of the pioneers for Roofing or Urban Climbing around the world. He has done many famous climbs including Eiffel Tower in Paris, or Marina towers in Dubai. He is fearless and was actually at the war front for three months but not as a soldier, but more of a mental support for soldiers. 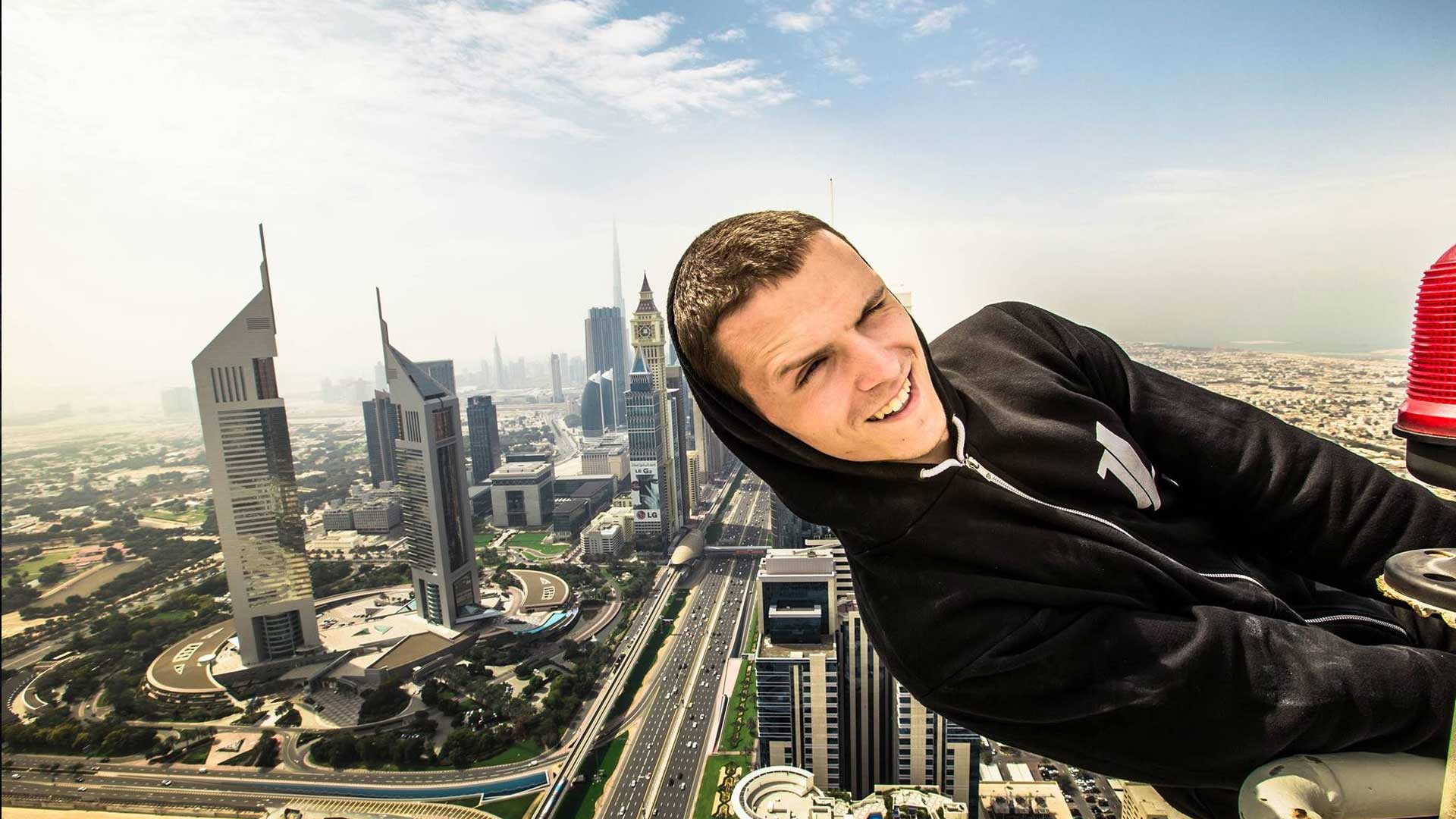