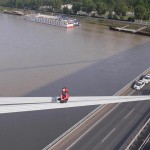 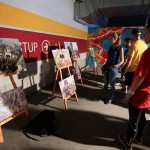 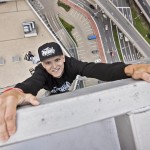 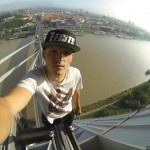 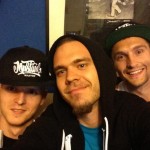 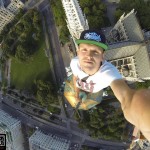 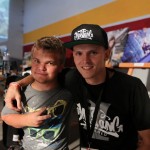 After our first collaboration with Mustang Wanted in Dubai earlier this year, we decided to organize another trip for him. This time, the focus was on Central European countries.

First, Mustang presented his urban art thru the photo and video exposition at the Outbreak Europe Hip Hop Festival that took place at the end of July in Slovakia. While there, people got to see him live “in action”, when he took on the tallest building in the city. His next steps took him to the city of Kosice, followed by some churches climbs in Budapest, Hungary. After he made the covers of national news in Hungary, he left for Bratislava, the capital city of Slovakia. Here, he climbed the iconic bridge “Most SNP”, causing another media collapse within the country.

Being arrested for three days in a row, but instantly released as the world famous climber, Mustang took a little break. On his last journey, he decided to take on another legendary building “Votive Church” in Vienna. His last stop in Vienna was a lucky one, since while climbing the church, he had some major difficulties to keep the balance on the historical church walls. His aftermath Facebook status says it all “God Exists”. There will be a lot of footage coming out from the tour within the next few months, but for now, enjoy the pictures.